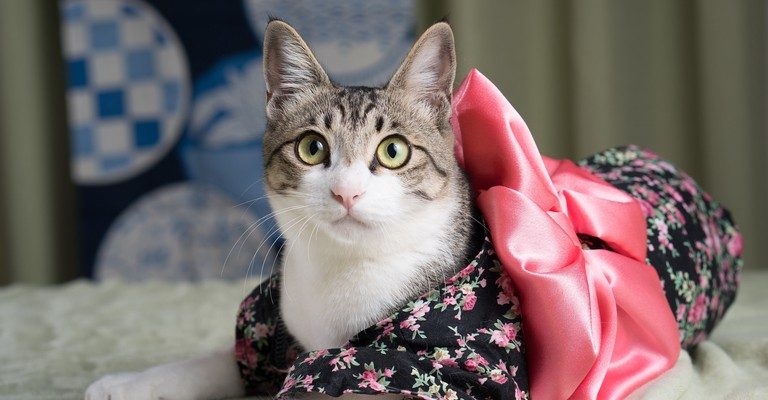 Cats are adored in Japan. If you look through the Japanese pop culture you will find that everything is related to cats such as Hello Kitty or Cat Cafes or electric cat earrings that tell others of your emotional condition. Many popular comics also show an affinity towards cats, books such as A Man and his Cat & What’s Michael? Tell you much about their love for cats. In Tokyo there is a popular tourist destination, Gotokuji, it is a temple that is known to be the original home for the Maneki Neko also known as the lucky cat. In Kyoto you get to see the famous cat shrine Nyan Nyan Ji which is known to be the work of actual cat monks.

Japan – Most Popular Names for Cats:

Cats are found all over Japan. It is very easy to know that cats are loved in Japan and people also fear them because of religious beliefs. The folklore of Japan has Cats which were supernatural and monstrous. They were shapeshifters and corpse eaters as well. Japanese people have kept cats as pets for centuries. Cats are kept as pets and are even found as strays everywhere. Nowadays most people don’t even consider their existence. Living on their own, it is a difficult life for them. The wild cats in japan are called Yama-Neko. The oldest reference about the cat in the world was found on an Egyptian Tomb in the 1600 B.C. The picture on the tomb of Egypt showed that the Libyan cat was domesticated in Egypt at first.

Researchers claimed that cats were introduced to Japan when Buddhism was introduced. Some of them believe that cats were transported from India to Japan. The first name of a cat registered in Japan was Myobu no Otado. Cats had special ranks in the palace and were well cared. They were given red and white collars which told they belonged to the palace. According to ancient Japanese texts cats which were found in Japan had short tails.  However, nowadays because of globalization the short tails cats have disappeared.

Many researchers who have researched about the catlore and found that the love for cats in Japan go way back in time and as you research about them the things get mystified. Many researches guessed that they got to Japan by crossing Egypt, China and Korea and then swam through the water. It must be that they were given as gifts to traders or emperors of Japan to get their favor. However, cats were first recorded in Japan in 889 CE. It was a written record found in the diary of the Emperor Uda.

He stated that he had received the cat as a gift and he could not keep his happiness to himself and thus wanted to write about it in words. He went along to describe the cat as a ball of fur and described it as a beautiful being. So, you can come to the conclusion that cats were traded as expensive objects in ancient Japan which is very similar to gold, gems or silk. Over time cats bred and multiplied unless they became very common to be found everywhere. Japanese believe this is when they transform.

Japanese believe that when any being lives a long life, they obtain magical features. There are many Japanese stories which tell you stories of foxes, snakes and snakes which state the same thing. However, there is a different story about cats that tells you that cat’s manifest power and multiply in different forms.

Folklore about Cats in Japan

Japanese believe that Cats unlike other mystical beings are known to have come from outside the world and have an ability to gain unnatural proportions. The first folklore written about the supernatural cat, Nekomata, was written in the 12th century in Japan. The cat was described as a two tailed massive, man-eating cat and lived in the woods near the forest of the former capital of Japan. Hunters and traders were aware of the supernatural cat but still followed the route they had to travel to the capital for trade and were ready to fight the monster cat but they did not anticipate the danger as the cat was brutal.

According to folklore several died because of the supernatural cat. However, many think Nekomata was a tiger which everyone thought was a cat. When the 12th century ended the stories of Nekomata subsided for many centuries. However, a new magical cat popularized in Japan known as the Bakeneko during the 1600 century.

Soon the Japanese started to urbanize and started to live along with cats. Cast were now found everywhere as stray animal. During this time they were not treated as pets because of the lore. They would feed off the scraps which were thrown off the ramen stands and sushi counters. There were many stories which stated that cats could transform into humans. According to the lore the cats would evolve at night and kill their owners and would take their place instead. Most of the Bakeneko were not considered dangerous but another lore stated some of the courtesans in Edo were not human but we’re the supernatural cats.

These stories would take you to a hidden world which has cats as supernatural beings. The supernatural world included actors, comedians and actors. These cats would wear kimonos and would party till dawn. These stories were very nicely featured which illustrated cats dancing and drinking and enjoying their life after shape shifting as a human. Bakeneko are the most famous magical creatures which also found in dark corners.

Another lore was about the demon cat, Kasha. This supernatural cat would eat corpses like the others. However, his story was a bit different. His lust for feasting of body increased so much that this desire turned into devils with flames. When he gained the powers, he could make the corpses move around like puppets and dance. The story of Kasha is now a part of Japanese culture and is still practiced in funeral services. When the dead member of the family is bought home, cats are put outside of the room where the funeral service is held.

Neko musume, another cat creature, was known to be a human hybrid. It was said to have been born of the curse by a cat who made the instrument, Shamisen. The makers of the instrument were found to bear hybrid human cats instead of a human girl. This cat would be speech impaired, who ate rats and would scratch with their claws.

The only cat which was known as a lucky cat is the Maneki Neko. The lucky cat was known as the lucky cat because once it had saved the samurai lord from the strike of lightning during a terrible storm. The samurai made the temple as a gesture of appreciation. The temple still exists today and is a popular tourist spot. The statues of Maneki Neko are sold world wide nowadays. Maneki Neko is placed, mostly near shop entrances and business as they bring luck and riches. Many people also use them as luck charms in the form of key chains and money saving piggy banks.

History of japan states that cats do play a very important part in their society and culture and the effect can be seen at many shrines and temples which are made to worship them. People living in Japan’s former capital were silk traders and as cats used to keep the rats in control thought that they were blessed by the cats.

Is Salmon Good for Cats & Kittens to Have? Cooked or Raw Salmon is always considered…

Why Does My Cat Lick Me Then Bite Me

Why Do Cats Bite Then Lick?  What Does it Mean? Imagine this scenario:  You are spending…

Why Does My Cat Bring Me Socks

Why Does My Cat Bring Me Socks and Cry? Meow Funny If you have ever had…

Hi! I'm Dennis and I love cats (maybe too much!). Follow along as I share my experiences with new products and share my top picks.
Recent Posts
Copyright Total WordPress Theme - All Rights Reserved 2023
Back To Top
×Close search
Search